This content is also showed up on the  Large Format Photography Group forum, and I have wrote it few days ago.

-----------
Considering that I have - in practical terms - learnt film development using this 2 film developers, maybe 30 years ago, and never have compared its results side by side, I had the idea to just do that and check by myself if my impressions could have a good feedback from my own tests, just to get rid of my own doubts.

Few days ago I have used this setup to do a side by side comparison about the ins & outs of this 2 very well known developers:

What I have noted about the test, but YMMV, it's my impression, not law:

The HC-110 has a more "crude" compression of the highlights and maybe a faster film speed result (+1/3 EV faster). I would rate it with this film at ISO 100, instead 80.
For 4x5 the film grain is barely visible, and if, only at 100% magnification.
More micro-contrast on the mid-range (Zones 4IV-VII) then Rodinal, losing some "punch on the deep grays.
Highlights have to be carefully controlled, as this developer, at this dilution with strong light tends to "burn" highlights - having both negatives at hand, I can see the very slightly more dense areas at both deep shadows and highlights, with mid grays near the same density.

The Rodinal in this test has responded in a different way then HC-110 but what really have "jumped" immediately is the less prominent contrast in both ends of the film contrast, more "linearity" and less steepness then HC-110. As I haven't plotted both film curves on paper neither any plotted curve table,  my opinion is only by "seeing" the results both on the negative itself and the image rendered by the scanning procedure. Here I have to open an parenthesis confessing that I'm not completely "aware" of the final results of the film rendering just looking at the plotted contrast curves of a pair film/developer. I can't "project" those curves on the reality of a given scene and that's why I made myself this sort of film development test. 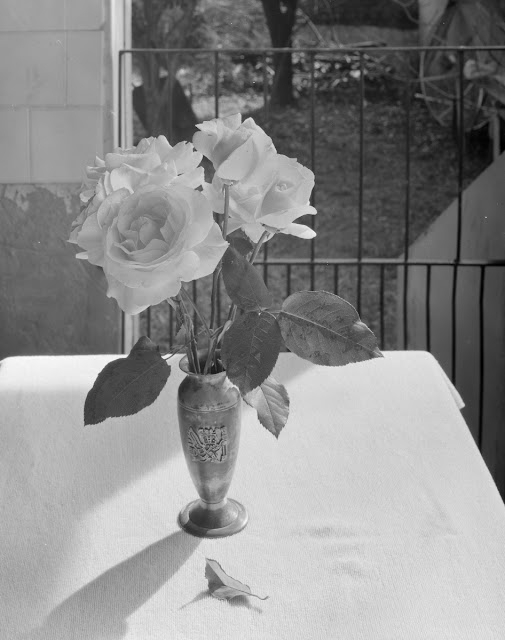 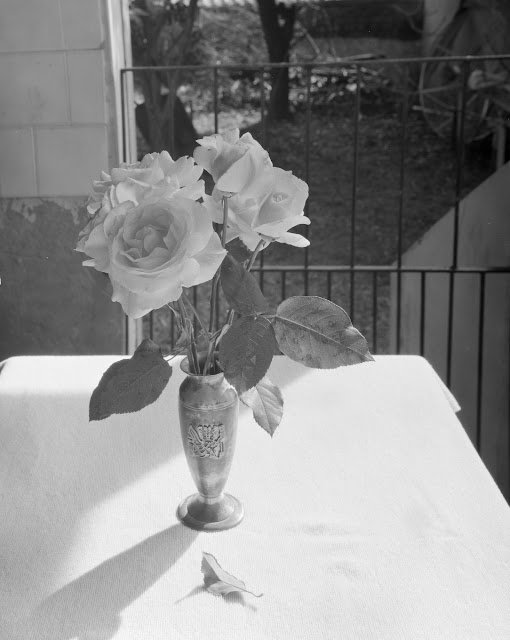 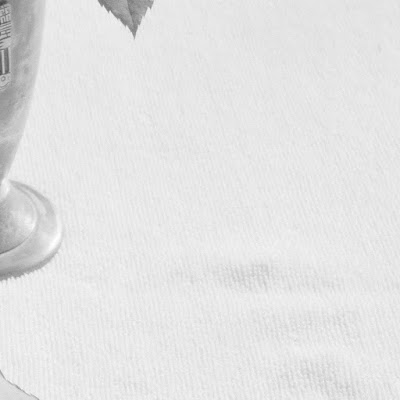 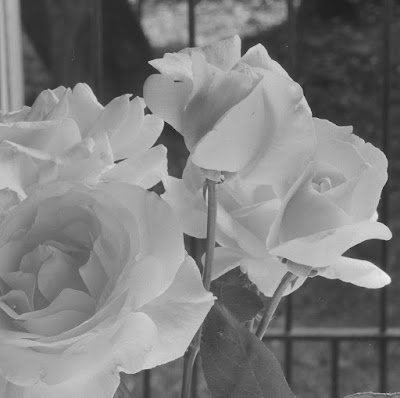 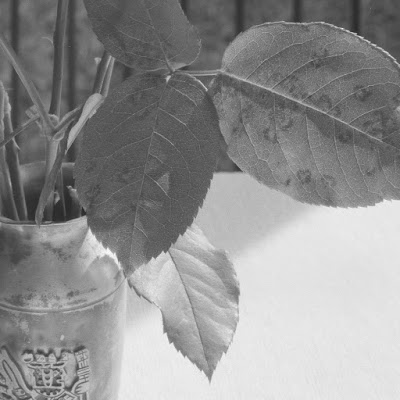 ... and crops from Agfa Rodinal: 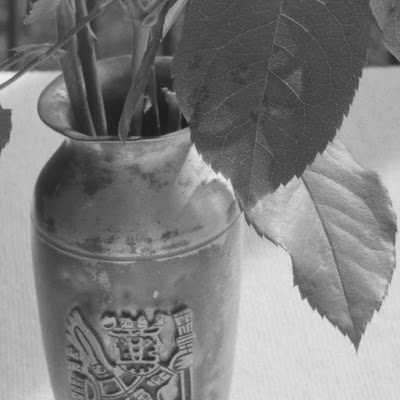 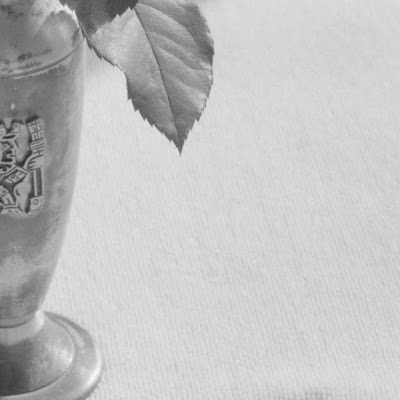 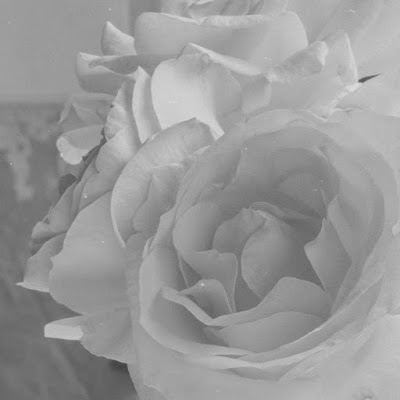 - These process lenses can be used in a daily basis if you don't mind to shot with at lest f22 (where the sharpness of these Ultragons begins to show up).

- You can scan film with a digital camera, the trick is the good stability, light setup and a lens borrowed from your enlarger

- Both developers are made in liquid form, fits in every budget, can be stocked by ages without visible lost in strength, and are available in many good retailers which sells it by the net.

- The vibrance of a Sinar Copal shutter ruining your photos showed to be just a question of tripod stability and stays for me as a Edgar Allan Poe story, which can be true if you believe it.

The new Gimp is here! 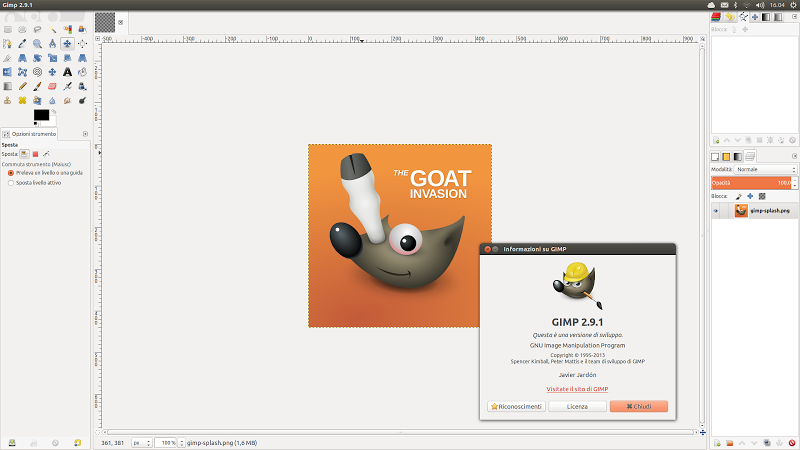 The Open Source Image Editor Gimp - GNU Image Manipulation Program - has new features for the development version 2.9 already available, but the most welcome are:

This new development version installs "as a breeze" on recent Ubuntu Linux distros and forks as the one I'm using - Linux Mint.

So, why wait for the 2.10 stable version? If stability is your main concern, wait for stable. If you have just being waiting for the new features only available at the development version as the ones described above, go ahead and  give it a try.
Where to get it? Here: http://www.webupd8.org/2013/10/gimp-29-210-development-builds.html

As the B&W film negatives I actually scan are "tweaked" later on Gimp for internet/client purposes, all these later features are more then welcome...

The benefits of lens coating on complex design lenses

The other day I was changing some ideas through a internet forum  dedicated almost exclusively to manual focus lenses with a friend, Ian Greenhalgh, and he made me aware about the benefits of a good coating on complex designed lenses. He also made me aware to the fact that chromatic aberration on lens is mostly a design issue - a collateral effect of design decisions - and nothing on lens coating can correct this issue, as coating is intended to deal with lens flare only, as follow:

Coating is of most benefit in complex designs with many elements. For example, take a double-gauss type lens like a Planar, it has a pair of cemented doublets and a pair of meniscii making a total of 6 elements in 4 groups. It has a total of 8 air-glass interfaces. If we assume a typical loss of 5% at each of those interfaces, you are losing overall, 40% of the light that enters the lens, which has a massive impact on contrast. That is why double-gauss lenses like the Planar only became widespread after the advent of coating.

Chromatic aberration is when the different wavelengths of light converge at slightly different points. Most lenses are achromatic - they focus the green and blue light at the same point, this is why most lenses exhibit red/magenta colour fringes in difficult lighting situations such as bright highlights in direct sunlight. A lens that focuses green, blue and red light at the same point is apochromatic, few lenses that claim apochromatic correction are actually fully apochromatic. In most lens designs, an achromatic doublet with a crown glass element cemented to a flint glass element is used to correct for chromatic aberration. Apochromatic designs use exotic low dispersion glass such as fluorite in order to achieve full correction of CA (or more often, close to full correction). Coating against reflections between lens groups
Modern lenses are coated with a very thin layer of antireflective material (like magnesium fluoride or calcium fluoride). This lens coating is applied to the each element of a lens which has a surface exposed to air. The only purpose of coating lenses is to reduce lens flare by eliminating reflection off the surface of the glass; this has the effect of increasing contrast and giving images more "punch". Lens coating thicknesses are typically of the order of a few wavelengths of light, - a few nanometers (nm).
Lens coatings have nothing to do with color correction of lenses, as is widely thought.

Star trails are nice, but maybe you evaluate it can be too much distracting for a certain night shot and opt to avoid it. It has an inherent eye catching property that makes it almost impossible to not be noted, before any other photographic composition element.
That's where the "600" rule can help you, to better control the displacement of the stars lights over the surface of the film or digital sensor. This rule says:

Where FL is the Focal Lenght, CF is the crop factor of the film or digital sensor and ExpT is the exposure time in seconds.

Let's say you place your tripod over a beautiful night scene, with this gear:

With this lens and sensor size, you'll need 16.6s of exposure until the star trails begin to show in the image. But 15 or 16 seconds will also be very good for this purpose. If, for night shots, you have a manual exposure meter as I do - I had acquired 3 Gossen Lunasix in the past years for very few money as people prefer in this days go digital with built-in meters - all you have to do is to adjust your exposure index (ISO), exposure time in seconds - as the "600" formula above - corresponding f-stop and shoot.
If you're doing the photo with film, don't forget to compensate the exposure indicated by the meter with the reciprocity factor made public by the film manufacturer for each film variant.

So, for the gear configuration shown in this article, if you intend to have star trails on the picture, 16s is the beginning of the exposure time, and if you prefer to avoid, you have 16s to play with your gear settings until the trails beggin to appear.

In both cases, have fun!

The T* coating of Zeiss lenses was developed by Zeiss. The HFT (High Fidelity Transfer) lens coating was developed by Rollei from Braunschweig with Zeiss in the '60s. Some years later - about the first years of 1970 decade - Rollei had licensed from Zeiss the production of a lens series for the SL35 Rollei 35mm reflex cameras. The production took place at the Voigtlaender factory in Braunschweig - Germany.
The HFT coating have a color more toward the Red, and the T* coating toward Purple and Green. By my experience with Zeiss lenses and Rollei QBM HFT, with T* coating I can expect more contrasted images and with HFT less contrast, under the same tonality range, from shadows to highlights.

Is there any difference between one or other coating for the same lens focal concerning the results? It depends of the available lightning, the subject, the average scene contrast, to name few. If you have the chance to have both coatings, do it. If you don't, choose the coating which will work better with the type of subject and light you use to photograph more often.

The coating choice have to consider also which post-processing techniques and media intended to use - screen, digital or wet printing. If you shoot also analog, as I do, what's available to you as paper grade, and enlarger type - condenser of diffused light type.

For the type of work I do, mainly landscape and portrait, I find the Zeiss T* coating the better choice for landscape and nature, and I have some shots made on street style photo, for which I prefer the same lens coating. On the other hand, the subtle differentiation between tone rendering pleases me more at portraiture when I choose a HFT coated lens. It seems to be more controllable, demanding less post processing work. 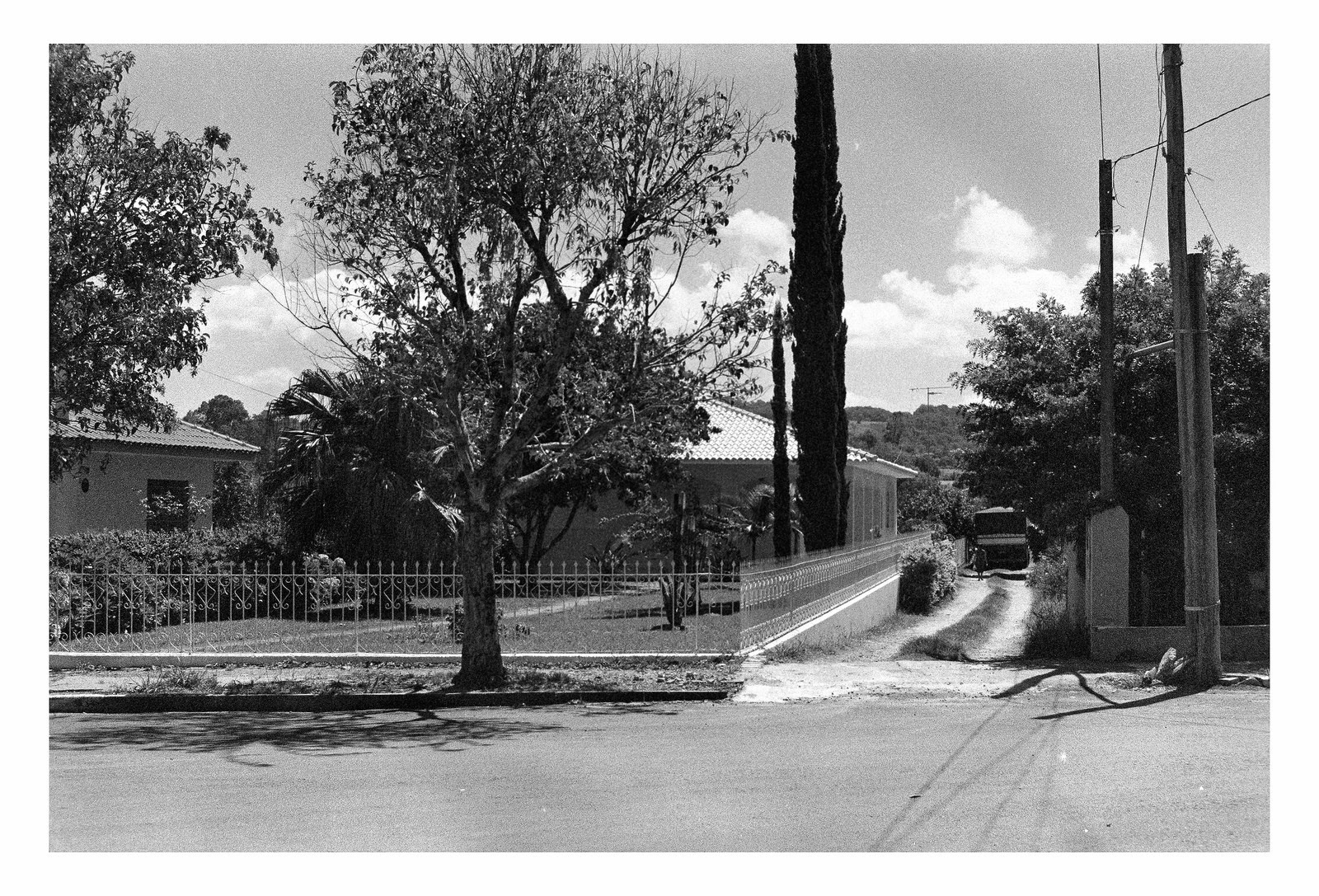 
Usually a lens project or original optical design deserves a particular name: the name is given for the lens elements number, placement, size and position. We find that on lens names like Petzval , Dyalit, Tessar, Gauss and Double Gauss, etc. Sometimes the original project lens name continues even if the original lens project is enhanced at later time, as in the Heliar original project from Voightlaender which had come the Apo-Lanthar many years later, but we can trace the DNA of the Heliar design on it. This is not the case with the lens manufactured by Leitz Camera (Leica): their lens names designates the max aperture or speed of the lens itself, rather then the optical scheme. There is a wolf singing in the forest, but the hunter who's passing next to it is deaf. 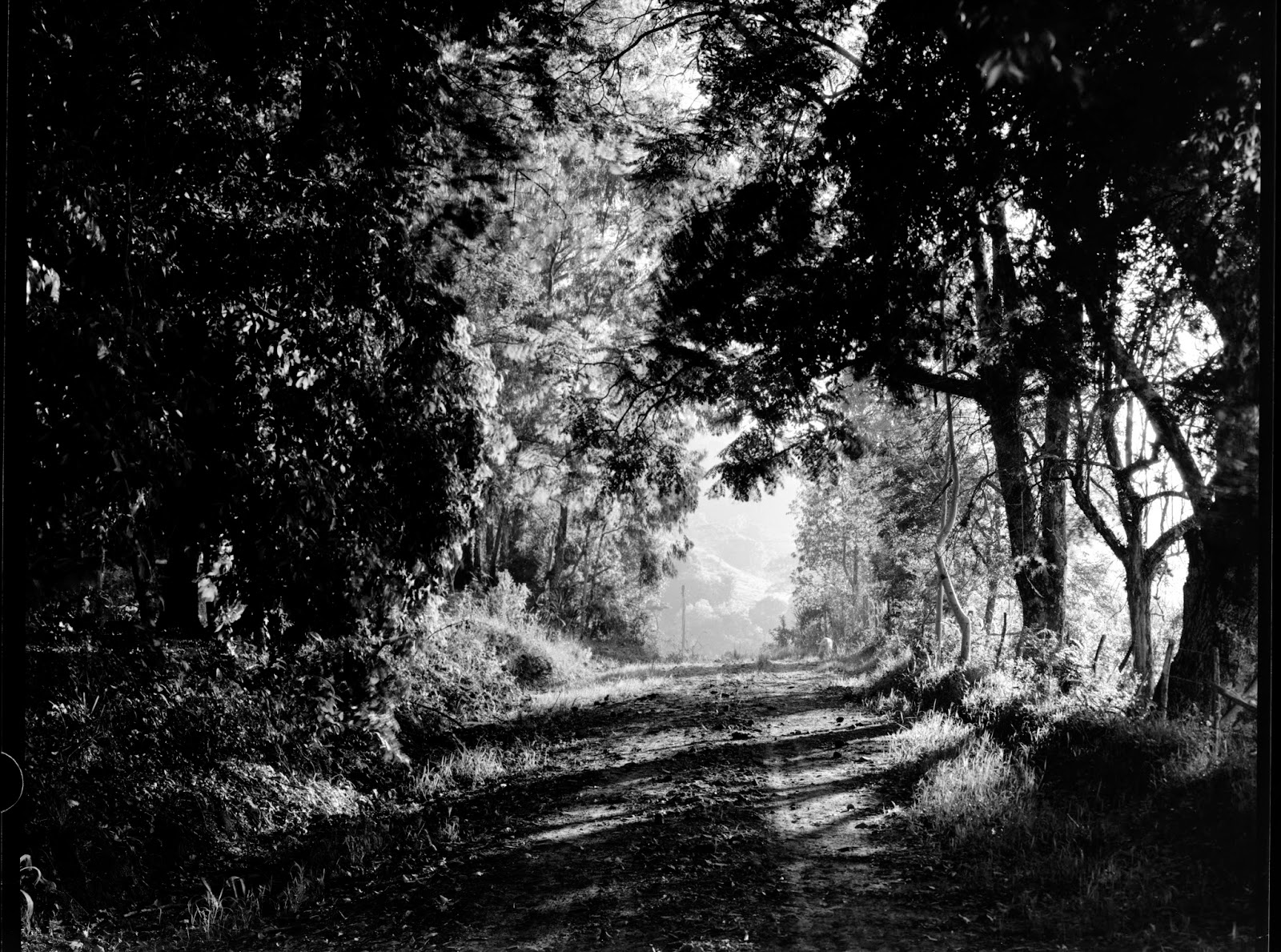